The Cor Baayen Young Researcher Award is awarded each year to a promising young researcher in computer science or applied mathematics. The award carries a prize of € 5000.

The Cor Baayen award is a young researcher prize: The selection panel will therefore consider the quality of the PhD thesis and all the achievements done up to the nomination date.

The nominees must have performed their research during at least one year in an institution located in one of the countries mentioned above.

Can be obtained from your ERCIM representative or from the Cor Baayen Young Researcher Award coordinator Monica Divitini (This email address is being protected from spambots. You need JavaScript enabled to view it..

The Cor Baayen award winner will be invited to present her or his contribution highlights during the ERCIM fall meetings (date and place to be announced).

The Cor Baayen Young Researcher Award is named after the first president of ERCIM and the ERCIM 'president d'honneur'. Cor Baayen played an important role in its foundation. Cor Baayen was scientific director of the Centrum voor Wiskunde en Informatica (CWI) in the Netherlands, from 1980 to 1994.

Baayen joined the institute in 1959 as a researcher of the department of pure mathematics, where he became group leader in 1965. As scientific director, Cor Baayen convinced the government to include CWI in a program that stimulated Dutch computer science research. He initiated or stimulated several new research areas including cryptography, computer algebra and performance analysis. 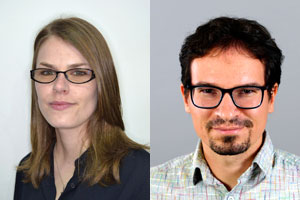 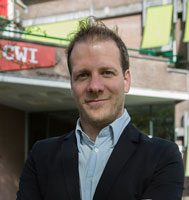 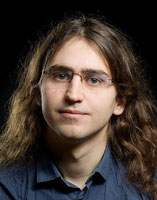 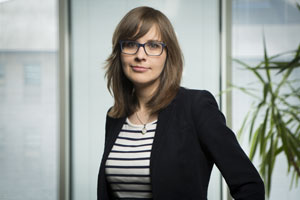 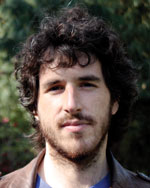 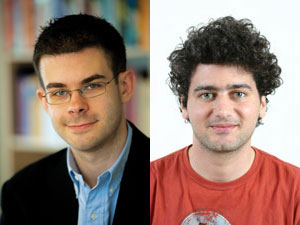 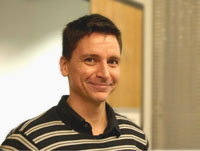 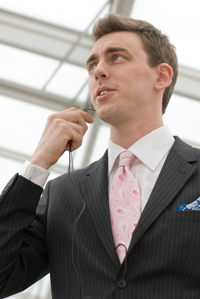 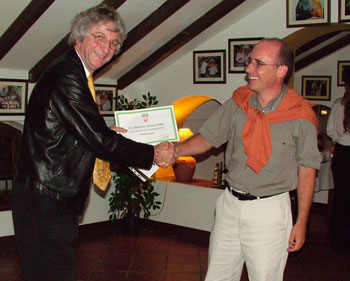 Boris Motik from University of Oxford, United Kingdom, has been awarded the 2007 Cor Baayen Award for a most promising young researcher in computer science and applied mathematics by ERCIM. Adam Dunkels from SICS, Sweden, is the winner of the 2008 Cor Baayen Award for a promising young researcher in computer science and applied mathematics. Sixteen finalists competed for this award established by ERCIM in 1995 to honour the first ERCIM President Cor Baayen.

Adam Dunkels, PhD, is senior researcher at the networked embedded systems group at SICS. He received his PhD degree from Mälardalen University, Sweden, in February 2007. The title of his thesis is "Programming Memory-constrained Networked Embedded Systems".

Adam Dunkels' research is experimental computer systems research at its best. The selection committee was impressed by the combination of high-quality research results and outstanding industrial impact, showing that it is possible to have both top-tier publications and far-reaching industrial adoption of research results. Adam Dunkels has already received several prestigious awards for his work. At his young age, he is already a leading researcher in his field.

Adam Dunkels has released many of his research results as open source software that has been adopted by hundreds of companies, including Cisco, BMW, NASA, Hewlett Packard, General Electric, and ABB. His software is used in products ranging from air planes and container security systems to network routers and TV production equipment. His software is included in software development kits from leading hardware manufacturers such as Xilinx, Altera, and Analog Devices. Since 2002, Adam Dunkels has published over 40 peer-reviewed papers and one peer-reviewed, invited book chapter. Most of his papers are experimental systems research papers that involve much implementation and experimentation.

His large amount of highly influential work clearly demonstrates Adam Dunkels' outstanding abilities. He was early in the field of sensor networks, when he started working alone in 2000 at SICS, but has in the last few years built a strong, active group that has attracted many young researchers. He has participated, both as a researcher and as a research leader, in many international research projects both with academia and with industry. His open source Contiki project has attracted several researchers and industry players from Europe and the USA that now work within the project (http://www.sics.se/contiki). His first paper, for which he also was the single author, was published at the prestigious ACM MobiSys 2003. Adam Dunkels is the only European who has published three full papers at ACM SenSys, the most prestigious conference in the area of wireless sensor networks.

Adam Dunkels received the 2007 Xerox Chester Carlson science prize, the most prestigious prize for the information sciences in Sweden, for his research and the 2008 ACM EuroSys Roger Needham award for his doctoral thesis. In summary, Adam Dunkels' accomplishments shows that it is possible to both produce high-quality software systems that are widely used in the industry, and publish high-quality research results at the best venues.

2008 Finalists
According to the award rules, each institute is allowed to select up to two finalists from its country. For the 2008 Cor Baayen Award, the ERCIM institutes nominated the following sixteen finalists (listed alphabetically):

The winner, Adam Dunkels, was selected by the ERCIM Executive Committee on advice from the ERCIM Advisory Committee (current members listed at http://www.ercim.eu/contacts/ac.html).

Oliver Heckmann from Technical University Darmstadt, Germany, and Google Labs Zürich, Switzerland, has been awarded the 2006 Cor Baayen Award for a most promising young researcher in computer science and applied mathematics by ERCIM.

In a particularly tight competition, ERCIM has awarded Oliver Heckmann for the outstanding originality, high impact and quality of his work in the field of network science. To put it in very simple words, Oliver Heckmann tries to give Internet users better quality of service for equal or lower costs. He strives to remove inefficiencies, optimise networks and achieve technological breakthroughs that improve quality of service and/or costs for users. He also sheds light on the trade-off between these two goals. The practical applicability of his results has put him in good contact with many real providers, helped him in acquiring funding, and also led to the recent publication of his book "The Competitive ISP" which also contains many results from his excellent PhD thesis "A System-oriented Approach to Efficiency and Quality of Service for Internet Service Providers".

Oliver Heckmann studied applied economics and electrical engineering at TU Darmstadt with award for excellence. He did his PhD in computer science at TU Darmstadt with Prof. Ralf Steinmetz as supervisor and Prof. Jon Crowcroft from University Cambridge, UK as second supervisor. His PhD thesis was awarded the prestigious best dissertation award of the German Computer Science Association for 2004. After his PhD, he was working as an assistant professor / research group head at the Multimedia Communications Lab (KOM), leading a team of 7 PhD student. Recently, he joined Google Labs in Zürich, Switzerland, to continue working on improving and innovating the Internet and Internet services.

19 finalists for the 2006 Cor Baayen Award have been nominated by the ERCIM institutes. According to the award rules, each institute was allowed to select up to two finalists from its country.