This year, ERCIM has exceptionally selected two winners for the Cor Baayen Award: Stratos Idreos, researcher in the Database Architectures group of CWI and Luca Mottola, researcher in the Networked Embedded Systems Group at SICS.

Stratos Idreos did his PhD research at CWI and received his PhD degree in 2010 at the University of Amsterdam, where he defended his thesis "Database Cracking: Towards Auto-tuning Database Kernels".

In his thesis, Stratos addressed a core component of database management systems and takes a radical departure from the baseline for building efficient systems. He invented the concept of "database cracking", a remarkable result in an area that is fundamental for database systems and has been studied for decades.

The potential impact is very promising; especially in areas where large amounts of data have to be handled and where a priori workload knowledge is not readily available as, for example, in scientific databases, dealing with multiple Terabytes of new data on a daily basis. The technique has been fully realized in the open-source system “MonetDB”, developed at CWI, which is already widely used for data warehouses and forms a basis for scientific databases.

Luca Mottola, researcher and former ERCIM fellow at SICS. His research focuses on wireless sensor networks, and their programming in particular. These are key components in the “Internet of Things” vision. Luca is among the few researchers able to claim the design of high-level programming abstractions successfully used in real deployments. His programming systems are used in challenging real-world scenarios, for example in safety critical control systems in road tunnels.

Luca received his PhD degree at Politecnico di Milano, Italy with the thesis “Programming Wireless Sensor Networks: From Physical to Logical Neighborhoods” in 2008. Since then his work has gained international recognition with several awards. Luca's expertise in wireless sensor networks extends beyond programming. Over time, his research has broadened to embrace a number of diverse topics, from theoretical work on distributed algorithms to formal verification of embedded software and investigations on MAC protocols and low-power wireless.

Luca's results represent a paradigmatic example of how the research activity in a field may have direct real-world impact. The specific field Luca is focusing on holds great potential, as it represents a fundamental building block of the “Internet of Things” vision.

The Cor Baayen Award, named after the first president of ERCIM and the ERCIM “president d'honneur”, is awarded each year to a promising young researcher in computer science and applied mathematics. 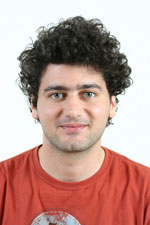 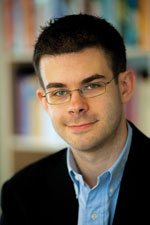