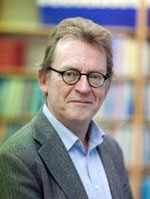 ERCIM is a great organisation with a lot of potential. I am proud that I am the third CWI director since ERCIM’s foundation in 1989 who has become a President of ERCIM, after Cor Baayen and Gerard van Oortmerssen. I will outline my ideas on ERCIM’s strategy below.

The number of ERCIM Members has declined in recent years. I want to focus more on our roots, what we are, and how we started: as an association with a focus on research institutes in the fields of both informatics and mathematics. Of course, leading research universities are also welcome to become ERCIM members, as we have university members now. Our focus will distinguish us from other organisations. Further, experience has taught us that it is not good to limit the number of members per country to one. This led to artificial consortia that fell apart at some point. The model of one organisation or consortium per country has failed. We can and should have more ERCIM members per country. For instance, not only CWI could be a member in the Netherlands but also TNO. The Board of Directors should see it as a joint effort to recruit new members.

For our leading role in Europe, lobbying is also important. I would like to have more contact with Brussels. We must act together, ERCIM, Informatics Europe, and, for instance, the ACM Europe Council and EIT Digital. The cooperating organisations must become members of advisory bodies in the European Commission, such as the CONNECT Advisory Forum for Research and Innovation in ICT in Horizon 2020. I commit myself to recruiting members and to reinforce contacts with the EC. Together, as an association of organisations, we will endeavour to exert more influence on the policies of the EU. For instance: to be heard at the creation of the European Innovation Council (EIC) and to be involved in the preparations for FP9, the programme that follows H2020. We need to be putting more effort into this area, and I intend to make this my personal mission.

In addition to lobbying, collaboration is also important. For instance, I believe that the annual Informatics Europe meeting should continue to coincide with ERCIM meetings. This requires much consultation and coordination. The other semi-annual meeting of ERCIM should also be for researchers, and not just the directors.

One of ERCIM’s unique features is our combination of informatics and mathematics, and these areas are becoming increasingly important for Europe. My personal opinion is that Europe is not doing well: ICT companies are being sold to the US and China, which means that we no longer have control over our data. I think this is an unhealthy trend; citizens must have control over their own data and at least know who has them. We do not necessarily have to own our data but we must be able to control who has or uses them. Together, we need to work to benefit all European citizens. Together, we can conduct research that will bring us the innovations of the future – for the short and the long term. It is vital for the future of Europe that we are actively involved in helping to shape future innovations: that we do not lose the innovation capacity, as we are already losing ground to emerging economies and other world powers. China and the USA are out in front at the moment, and I think Europe must have a leading role, certainly in the field of long-term research for future innovations.

With ERCIM, I hope that we can contribute to this goal.

The General Assembly of the ERCIM AISBL, held on 24 October in Lisbon, unanimously elected Jos Baeten, general director of Centrum Wiskunde & Informatica (CWI) in the Netherlands as its new President for a period of two years as of January 2018. Jos Baeten succeeds Domenico Laforenza from the Institute for Informatics and Telematics (IIT) of the Italian National Research Council (CNR) who served as President of ERCIM since January 2014.

Jos Baeten has a PhD in mathematics from the University of Minnesota (1985). From 1991 to 2015, he was professor of computer science at the Technische Universiteit Eindhoven (TU/e). In addition, from 2010 to 2012 he was professor of systems engineering at TU/e. As of October 2011, he is the general director of Centrum Wiskunde & Informatica (CWI) in Amsterdam, the national research institute for mathematics and computer science in the Netherlands. Since January 2015, he is part-time professor in theory of computing at the Institute of Logic, Language and Computation of the University of Amsterdam. He is well-known as a researcher in model-based engineering, in particular in process algebra.

Jos Baeten expressed his gratitude to Domenico for his dedication to ERCIM during his four years of presidency. “The festive 25th anniversary celebration of ERCIM at CNR, where Domenico welcomed over a hundred guests from academia, industry and politics, his efforts in approaching ERCIM and Informatics Europe to cooperate, and his remarkably inspiring speeches were highlights during Domenico’s presidency”, Jos says. Domenico began his activity in ERCIM in 1993, contributing to the creation of the ERCIM Parallel Processing Network (PPN). He has represented CNR on the Board of Directors since 2006 and will continue representing CNR after his presidency. 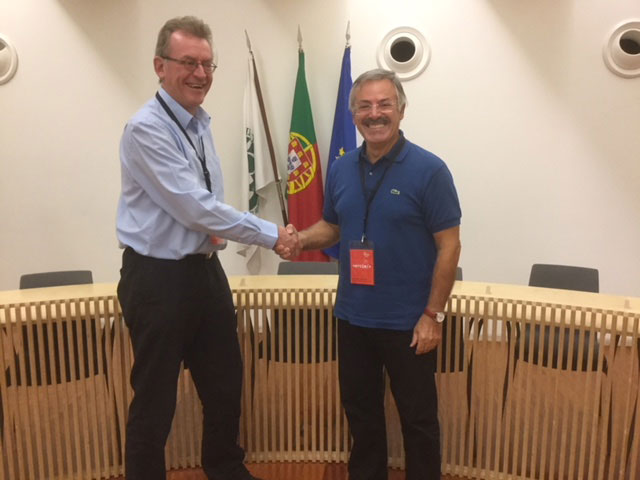