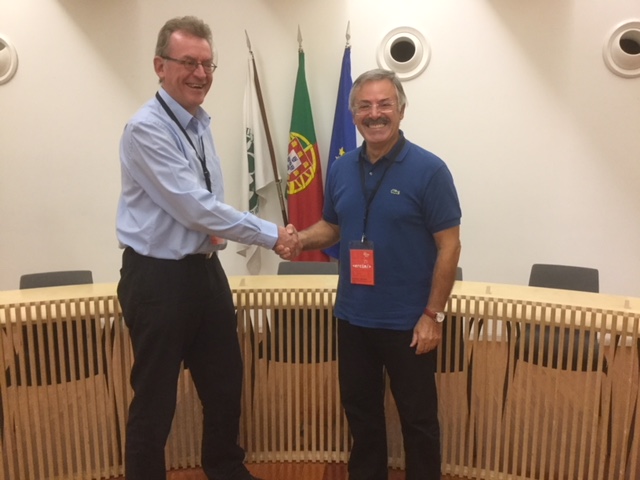 The General Assembly of the ERCIM AISBL, held on 24 October in Lisbon, unanimously elected Jos Baeten, general director of Centrum Wiskunde & Informatica (CWI) in the Netherlands as its new President for a period of two years as of  January 2018. Jos Baeten succeeds Domenico Laforenza from the Institute for Informatics and Telematics (IIT) of the Italian National Research Council (CNR) who served as President of ERCIM since January 2014.

Jos Baeten has a Ph.D. in mathematics of the University of Minnesota (1985). From 1991 to 2015, he was professor of computer science at the Technische Universiteit Eindhoven (TU/e). In addition, from 2010 to 2012 he was professor of Systems Engineering at TU/e. As of October 2011, he is general director of CWI in Amsterdam, the Netherlands research institute for mathematics and computer science. Since January 2015, he is part-time professor in Theory of Computing at the Institute of Logic, Language and Computation of the University of Amsterdam. He is well-known as a researcher in model-based engineering, in particular in process algebra.