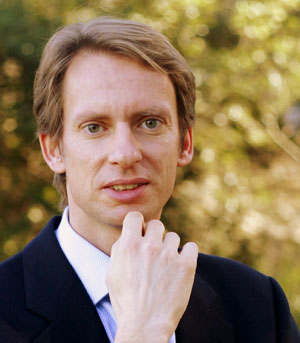 Over the last decade, as W3C Deputy Director, Philipp Hoschka has been focusing on launching W3C activities that leverage the advantages of web technologies for  new ‘vertical’ application areas which are of particular interest to European research and industry.

In 2004, he created W3C’s Mobile Web Initiative (MWI), an industry co-operation focused on making the web usable on mobile phones. In 2011, he launched W3C’s activities on web and television with the goal of enabling the use of HTML5 for video content. In 2012, he created W3C’s web and automotive standardisation efforts, focusing on use of HTML5 for in-car infotainment apps. In 2014, he started W3C work on the ‘Web of Things’ in order to open up the development of ‘Internet of Things’ applications to Web developers, In the same year, he initiated W3C’s activities on payments on the web. All of these efforts were supported through research funding by the European Union.

The ERCIM EEIG is under the responsibility of the ERCIM EEIG Board of Directors. The EEIG provides assistance to ERCIM members in managing European projects. The EEIG also supports the activities of the whole ERCIM community, for example by managing the ERCIM Ph.D. Fellowship Programm, by producing ERCIM News and by hosting and maintaining web sites.

The EEIG is also hosting and managing the European branch of W3C, an international community where Member organizations, a full-time staff, and the public work together to develop Web standards. Led by Web inventor Tim Berners-Lee W3C’s mission is to lead the Web to its full potential.